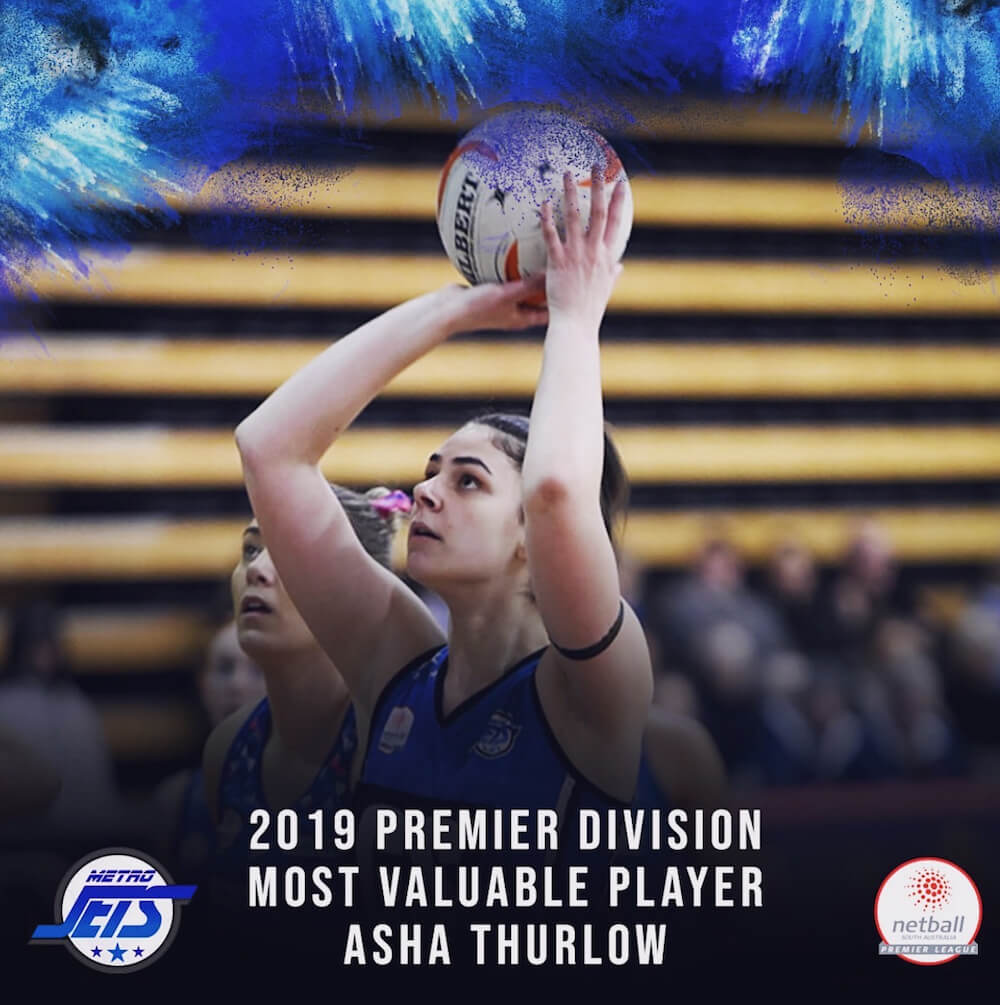 Well, we are off and running again with the Summer City Night Competition now underway.

A big welcome to our new families and players who have joined Jets for Summer 2019, and welcome back to all our existing Club girls and families as well.

I’d also like to welcome back our previous Club Coaches and our new Club Coaches for Summer 2019. Thank you for volunteering your time and efforts towards the development of our girls.

Last month, we held our Winter 2019 Junior & Senior Presentation Nights at the Woodville West Torrens Football Club. A big thank you to our Fundraising Committee (made up of wonderful new volunteers) for putting together such great nights. The feedback has been very positive, with lots of laughs, dancing and fun had by all. It really is wonderful to see our players and families come together to celebrate our achievements over the winter season.

A big thank you to our dedicated Coaches, Team Managers, Umpires, volunteers, players and families for their efforts throughout the Winter Season. Also an extra special congratulations to our Winter 2019 Premiership Teams, and to our Club players, volunteers and officials who won awards at our Club Presentation nights.

Lastly, a big thank you to all the businesses and families who sponsored Metro Jets in 2019. The Club is working very hard to promote the development of our players, Coaches and Officials across all age groups, and whilst we are beginning to make inroads, we know we couldn’t do this without your support.

I encourage all our Jets players to make the most of the summer netball season. Remember to train hard, play to the best of your ability, and most of all – enjoy your Netball!

Good Luck everyone for the Summer season – Jets Up!

We look forward to getting our 2020 preparations underway; working hard, building our fitness, strength, resilience and our on-court agility as part of the overall Premier League program.

Last week the chosen squad came together for our first official meeting, where everyone got to know each other a little better & the preseason program was explained in greater detail.  The squad will officially hit the track next week & train together until we officially hit the courts in February. At that stage the preseason squad will be reduced to our final playing squad for 2020, with our first official engagement being the Preseason Cup at Priceline Stadium in March. Four new Inter aged players have also been included which shows the positive way in which our Club pathway programs are working.

Our Jets PL Squad trials have just concluded with a squad of 26 players being chosen to participate in the preseason program.

An absolutely amazing achievement by Asha (and credit to her), but also a testament to the team around her.

Asha represented the state in the U19 team in 2015 and was also selected in the Southern Force Team in 2018 and 2019.  She had an incredible Premier League season this year, averaging over 36 goals per match, with an impressive 89% average shooting accuracy for the season.

Asha played an important role for Metro Jets this year, providing a strong target under the post for our League team, who were finals contenders right up until the final match in the minor rounds.

The program will run throughout the Summer season, with both teams competing in the CND Summer competition on Tuesday nights, in the Intermediate 1 & Senior B1 divisions, skills & court work on Thursday nights, and fitness/conditioning on Saturday mornings.

The Club has been impressed by the enthusiasm, hard work and dedication shown by our Academy players, and we look forward to seeing some push for selection in our pathway divisions come Winter trials in February 2020.

The summer umpiring season has started very well with the following awesome umpires aiming to complete their C Badges before Christmas:

The following players have nominated to go for their C Badge after the Christmas break:

We wish these umpires the best of luck in this process.
Ava Roles, Lisa Cawdron-White and Leah Dunn have all been umpiring the State 17/19 trials. This is Netball SA’s selection process for the AMND squad in Winter. This was a paid commitment too, so that shows some drive to get to the top! These 3 umpires, and potentially Sarah Browning, will work with Caitlin or Netball SA to obtain their B badge within 12-18 months, depending on their selection.  This is a great achievement for these umpires.